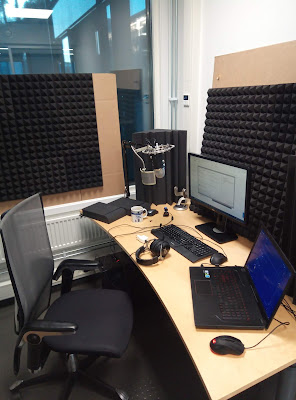 This Saturday (14th December 2019) I'll do a Mods Studio 2 development live stream! It's going to be a casual stream where I'll chat with you guys, develop some new features, talk about the plans, give out some SCS DLCs, etc... so, here's all the info about the upcoming stream:


Did you say "Giveaway"?

I did... how else would I get people to watch it? Here's the list of things I'll give away:
Here's how the giveaway will work:

This all will be going on on my Twitch Channel

Hope to see you there!
Posted by Marin Malnar at 2:19 AM No comments:

What is Mods Studio 2?

I've been getting a lot of questions lately about Mods Studio 2, what is it, and how it's related to ETS2 and ATS Studio.

In Short - Mods Studio 2 is the successor of ETS2 and ATS Studio.

In 2013 we released ETS2 Studio. In 2016 we released ATS Studio. At that point, we came up with a name "Mods Studio" which was used to reference both ETS2 and ATS studio at the same time, although at that time, they were two separate apps.

Now, we have Mods Studio 2 - it's purpose is to replace both ETS2 and ATS Studio, as the new app can make mods for both games (and more!).

Also, I must point out that there will be no updates for our older apps, and that there is no more support available for them. We are now pushing hard to update MS2 regularly, and that we'll bring it to the level of old E2S.

So, if you've missed it - grab the newest Mods Studio 2 from the official website! (released today) 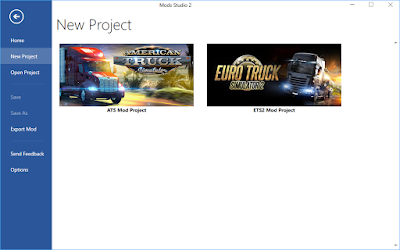 It's finally here - an early access version of Mods Studio 2 has been released on SCS Software forum.

The most requested features are available:

This is an early preview version - development is still going on so expect more features and improvements on a monthly basis.
Posted by Marin Malnar at 12:25 AM 20 comments: