We're happy to announce a new version of ETS2 Studio. This version is named Caddellac - a tribute to our resident developer and green meanie - Cadde. At the same time, we're implying that our tool is the Cadillac of ETS2 tools. :) 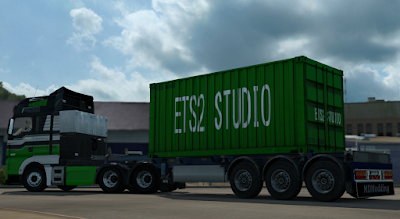 In the release notes for the public beta, we have announced that the new Mod Editor is the main new feature of this version. But, just hours ago, we have added three new trailers and also upgraded our Mod Merge tool. 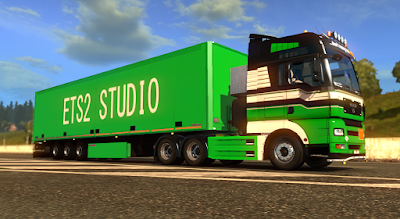 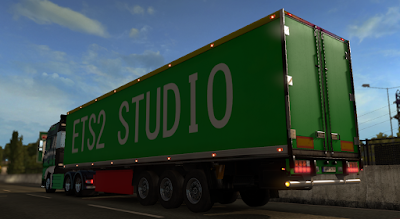 I am truly grateful to all people who supported us so far, either by contributing to the project with their work, or with donations. You guys keep this project moving. In less than a month, a new game by SCS Software is coming out: American Truck Simulator. If you have missed it - you can get a free DLC for it just by following it on Steam. Our big wish is to create a similar mod tool for the new game as well. At the same time, we want to continue development of new features for E2S as well...
Last version of E2S was downloaded over 26000 times in just over three months, so we have a lot of users that are expecting new features and updates. :) It looks like interesting times are coming.

I would like to finish this post by thanking Cadde for his work on this latest version of E2S. Without his coding skills I would not be able to make such a great release! Also, I want to thank Matdom1988 (MDModding) and SiSL for the content they created for this release. Lastly, I want to thank all the users on our forums for testing beta releases and providing valuable feedback to us.

If I forgot anyone, I apologize. My brain cells are running on low at the moment. :) I promise I'll make up for it.

Head over to the Download page to get your fresh copy of E2S! :)

More information about new features will be posted in the following days. :)
Posted by Marin Malnar at 11:08 AM

Email ThisBlogThis!Share to TwitterShare to FacebookShare to Pinterest
Labels: Release